At 1124 hours this morning, the 0542 Rescue Box was struck for the reported motor vehicle crash with entrapment, in the 2100 block of Pulaski Highway.  As units marked up, Harford County DES advised they received multiple reports of a rollover crash, with the callers reporting one patient trapped.  Chief 5-2 was first on scene at 1130 hours, confirming the reports & advised the incident was located in the westbound lanes.  Chief 5, Deputy Chief 5, Chief 5-1, Engine 512, Quint 5 & Rescue 5 were on scene shortly after, and quickly went to work.  Crews stabilized the vehicle, using Rescue 42 Struts, and then began flapping the roof to extricate the victim.  As crews were working on extrication, command requested a medevac and advised the landing zone would be at the scene.  Extrication was completed at 1146 hours, at which point the patient was packaged & loaded in Trooper 1 to be transported to Shock Trauma. 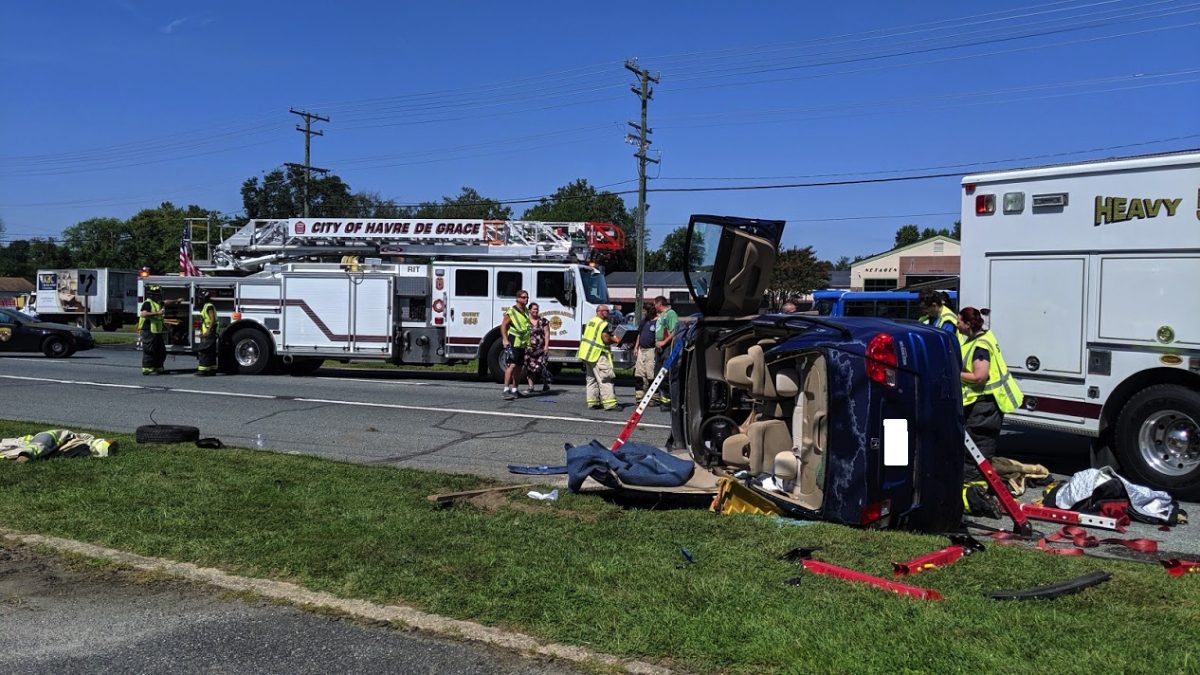 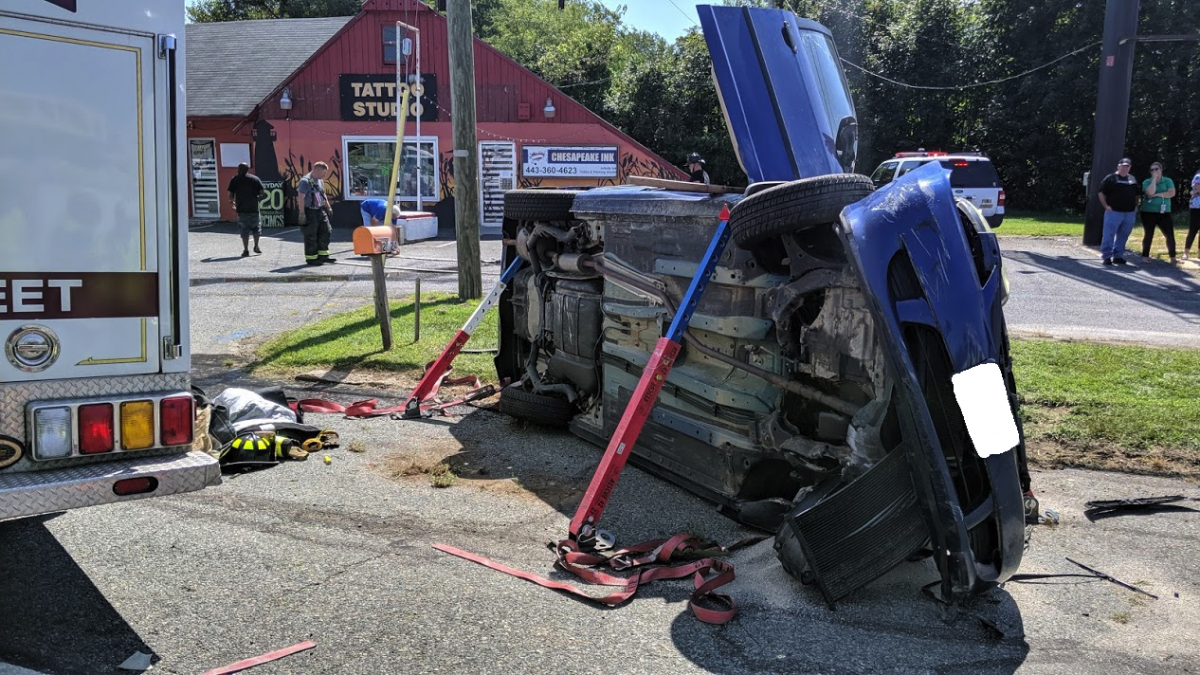 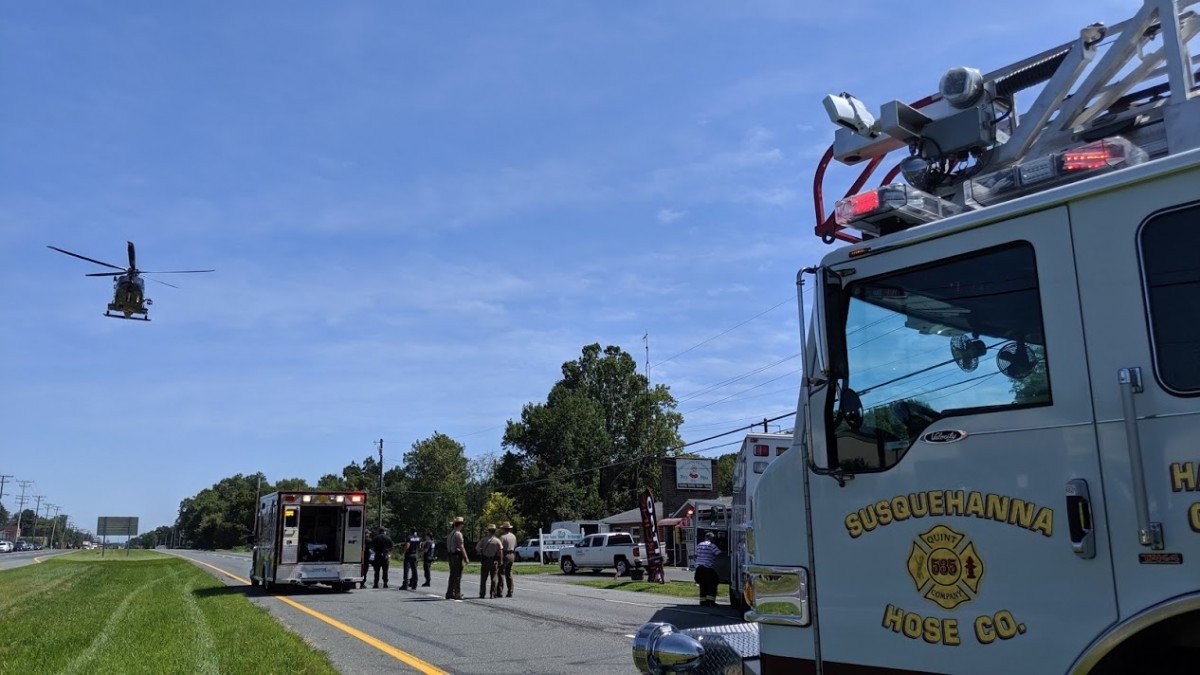 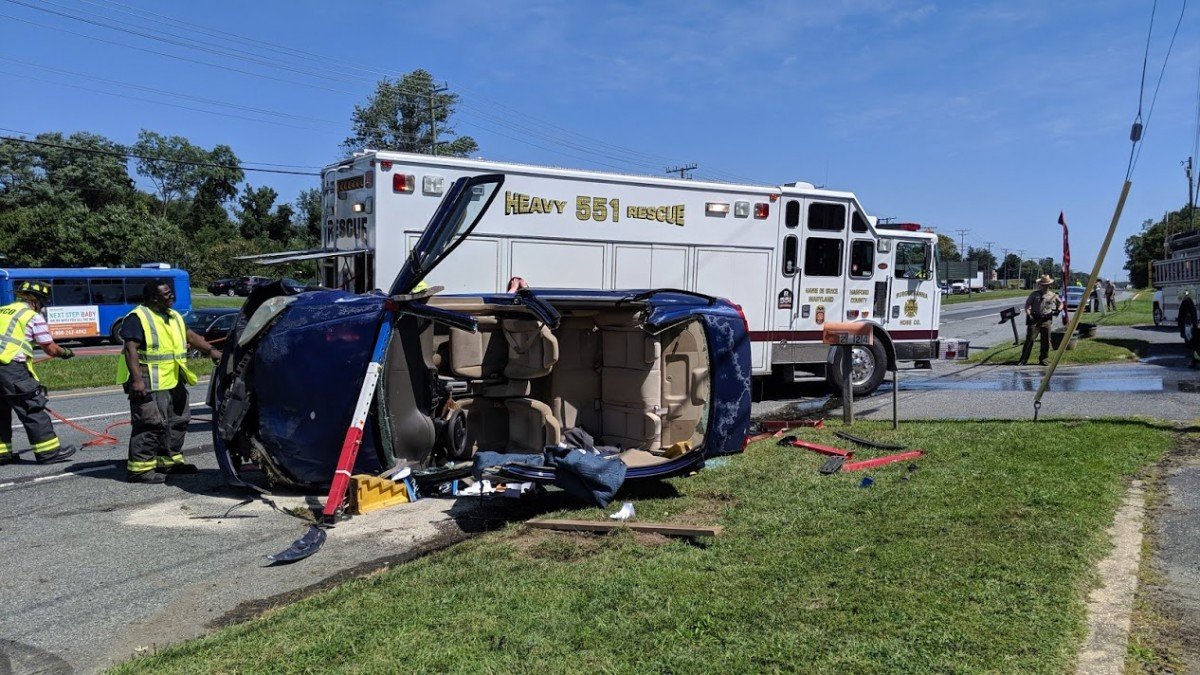 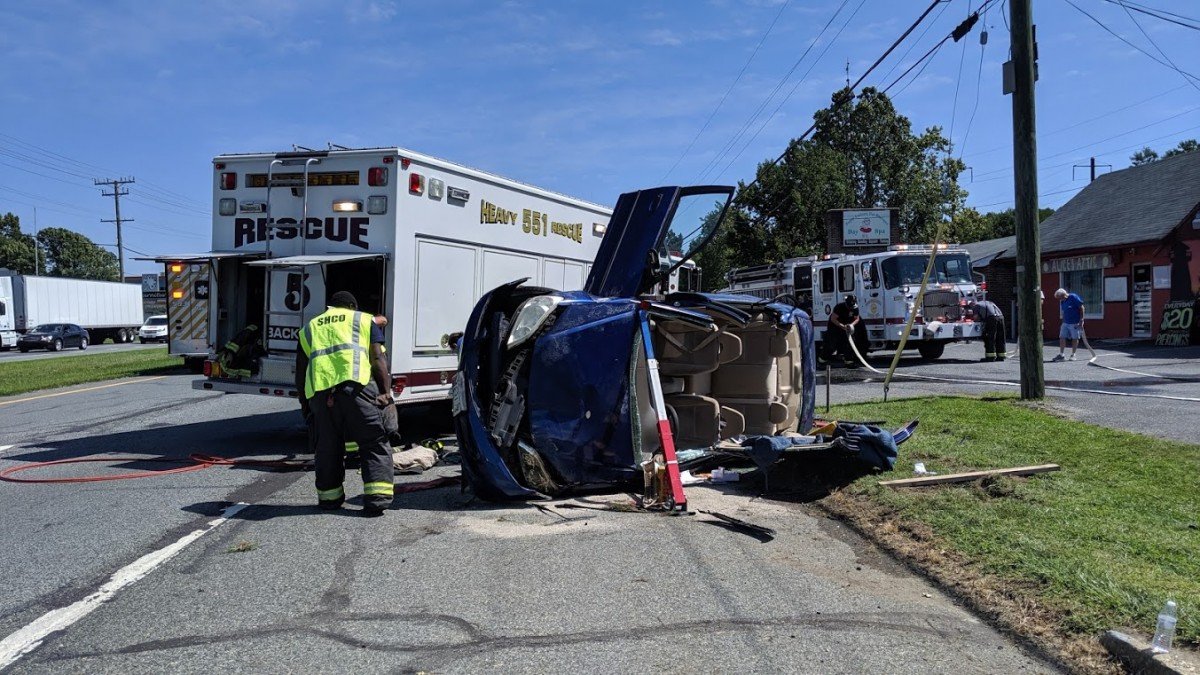