Three minutes after 1pm, the 0504 Fire Box was dispatched for the reported building fire at the new Havre de Grace Middle-High School.  As units marked up, Harford County Fire Dispatch advised they were receiving multiple calls reporting a fire in the building.  Chief 5-1 was first on scene at 1307 hours and reported smoke showing from the bravo side of the school, which remains under construction.  Engine 512 was on scene shortly after and dropped a 5″ supply line from a hydrant within the parking lot of the current Havre de Grace Middle School, which Engine 514 then picked up.  Engine 512 then stretched their pre-connected 400′ attack line, and began searching for the source of the smoke.  After a short investigation by the Engine’s crew, they located a fire within a storage room on the first floor, which they quickly knocked.  By this time, the crews of Tower 5, Engine 513, Engine 514, Engine 515 & Tower 2 were on scene and began assisting with searching the fire floor & floor above for any victims, checking for extension & began performing ventilation.  All searches of the building, as well as any extension outside of the fire room, proved negative & crews continued to vent the building, as the Office of the Maryland State Fire Marshal conducted their investigation.  The cause of the fire was determined to be improper disposal of smoking materials & crews were clear of the scene by 3pm.  Chief 5-1 (Carroll) held the “Lewis Lane command”. 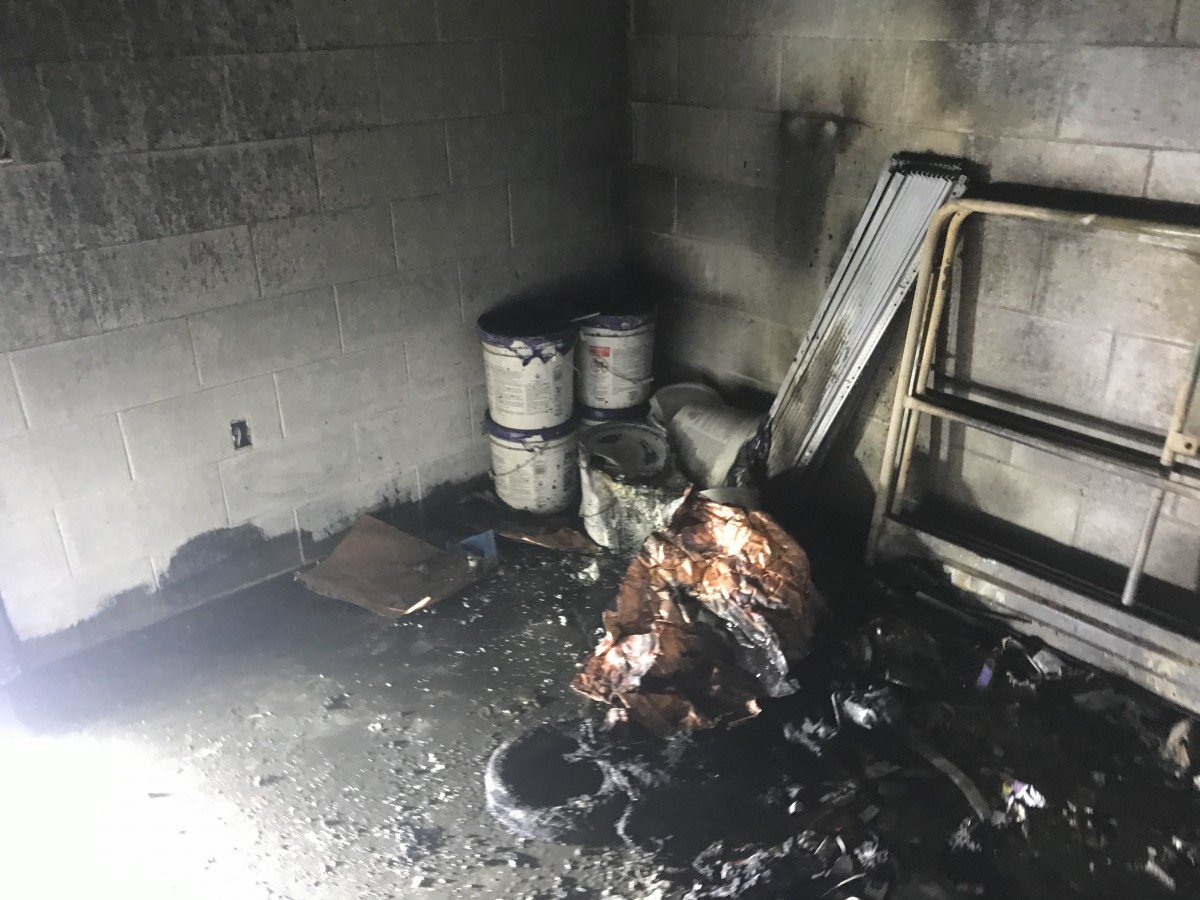 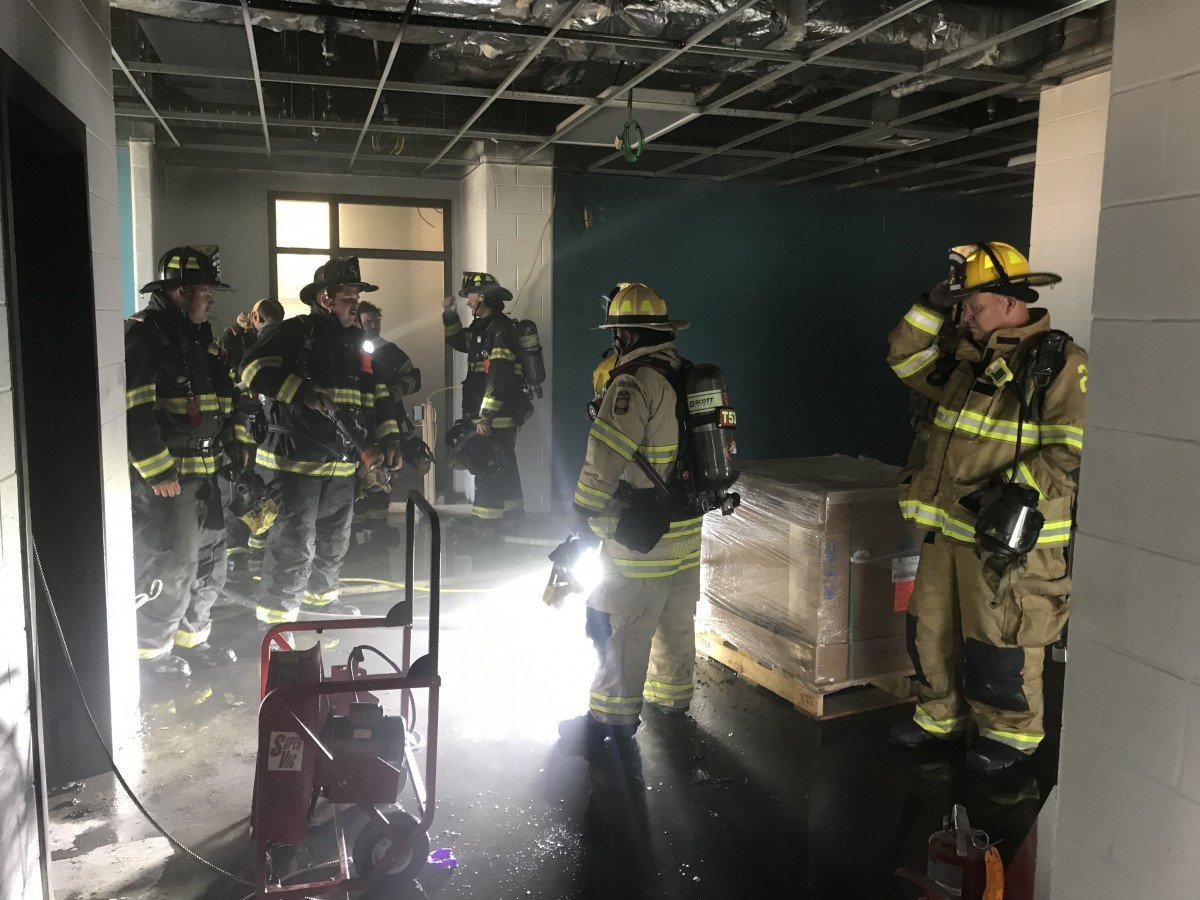 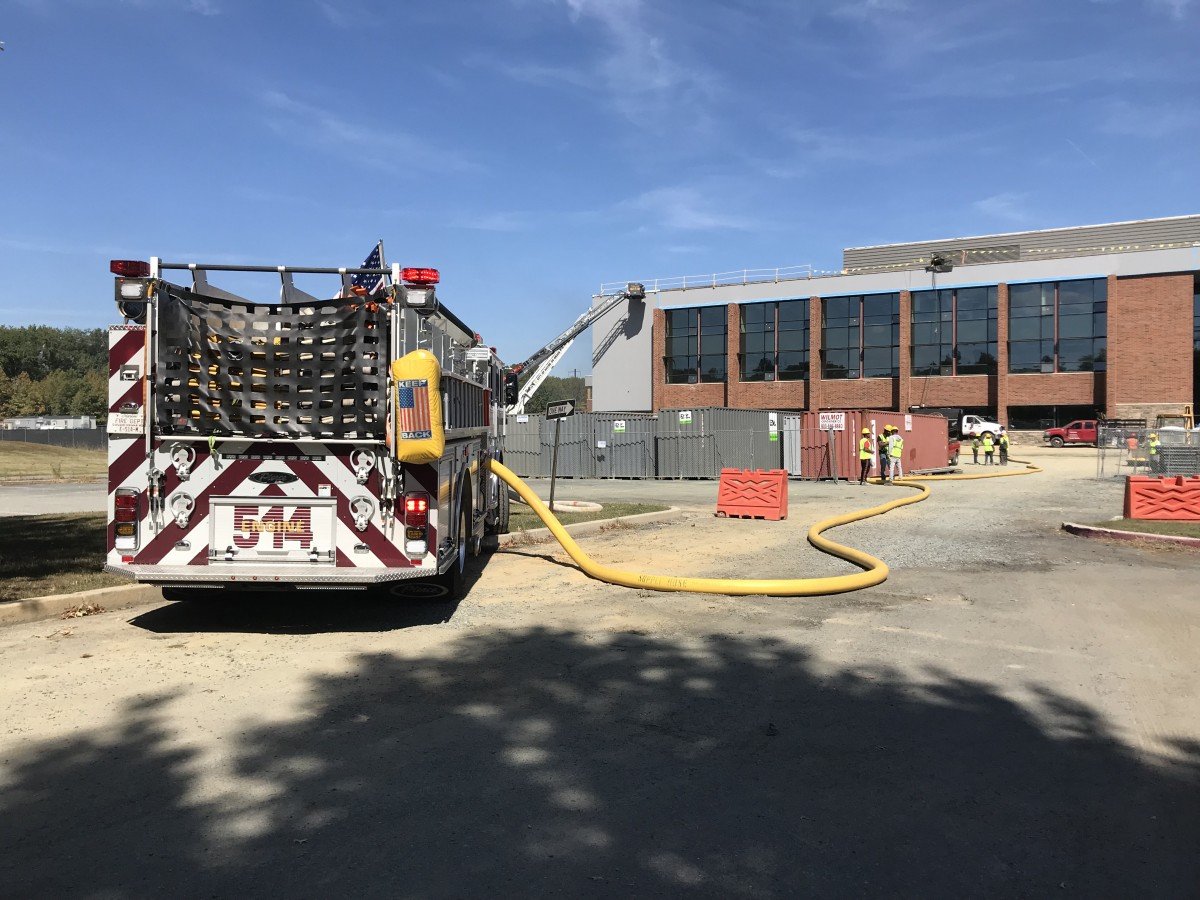 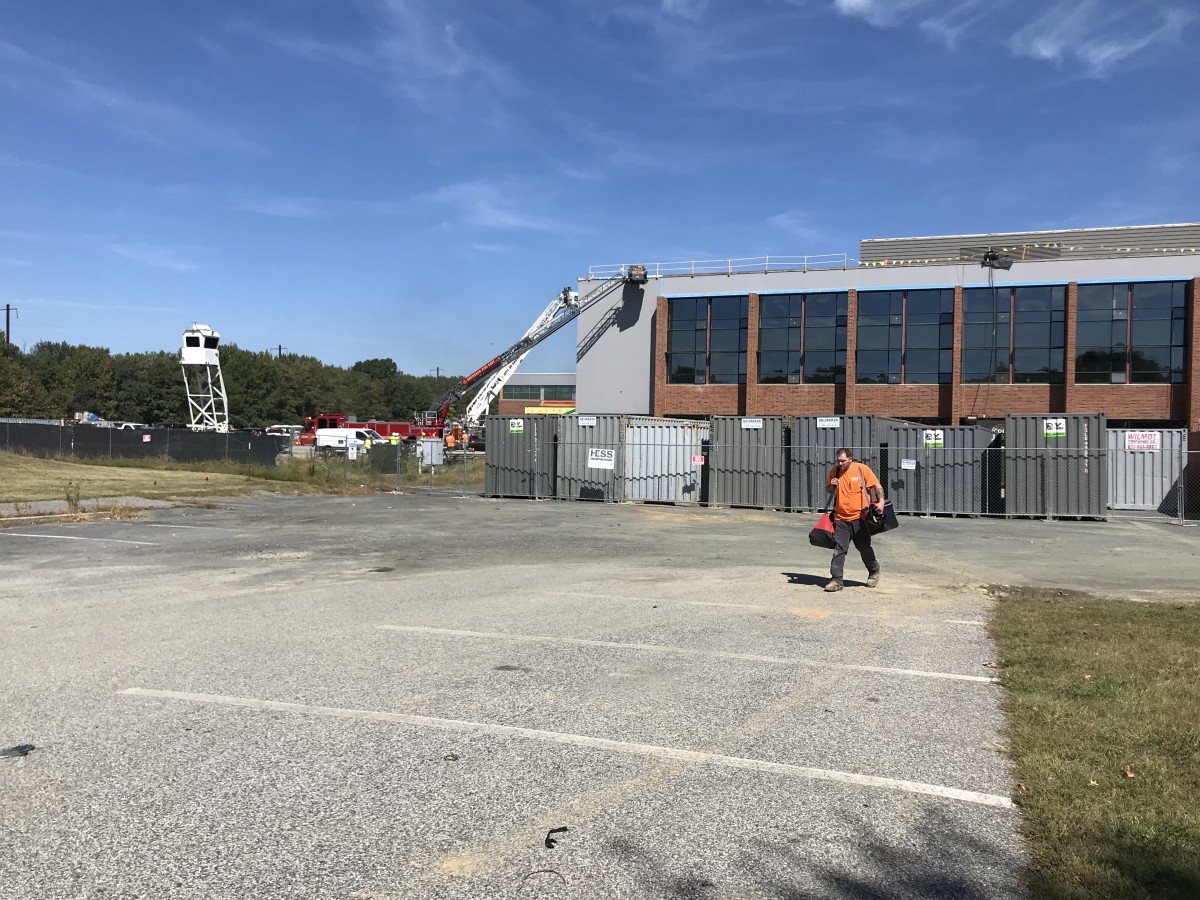 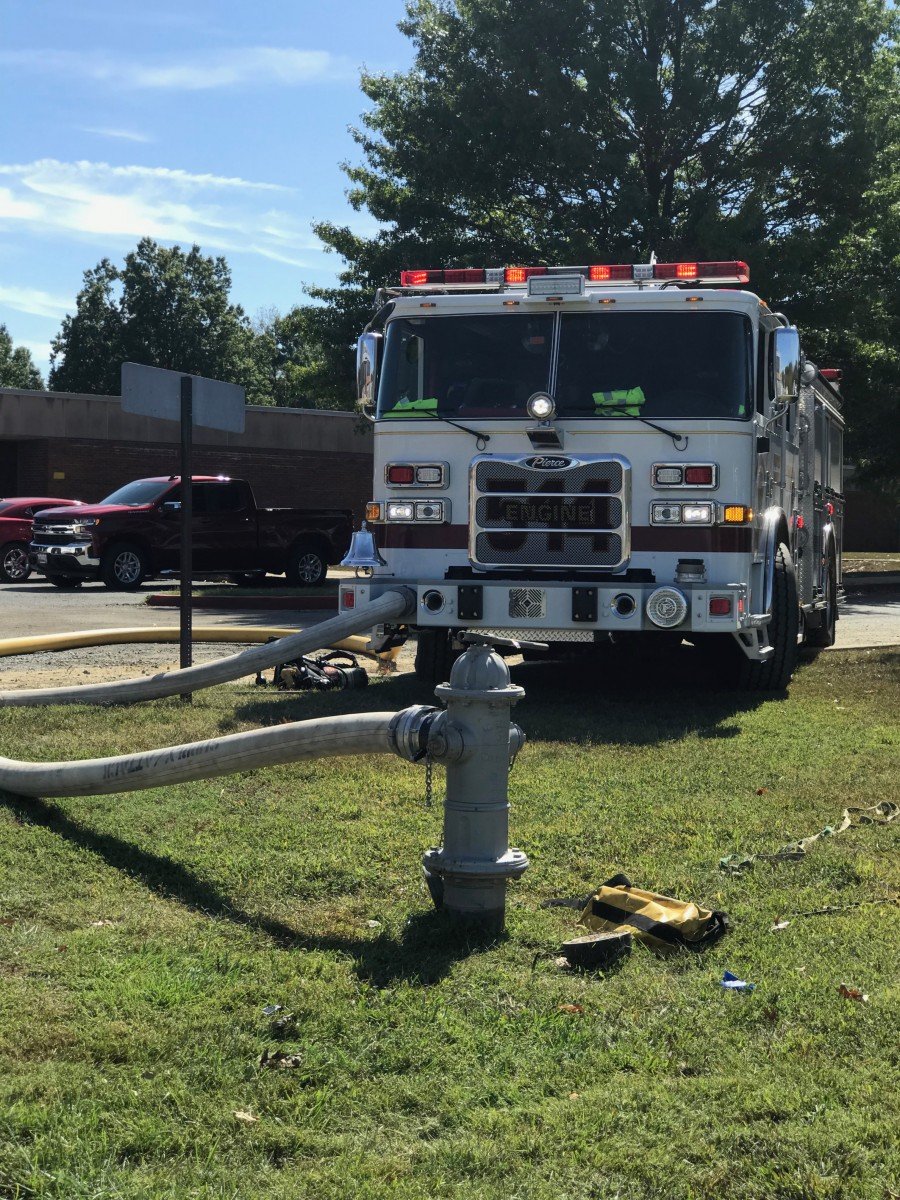 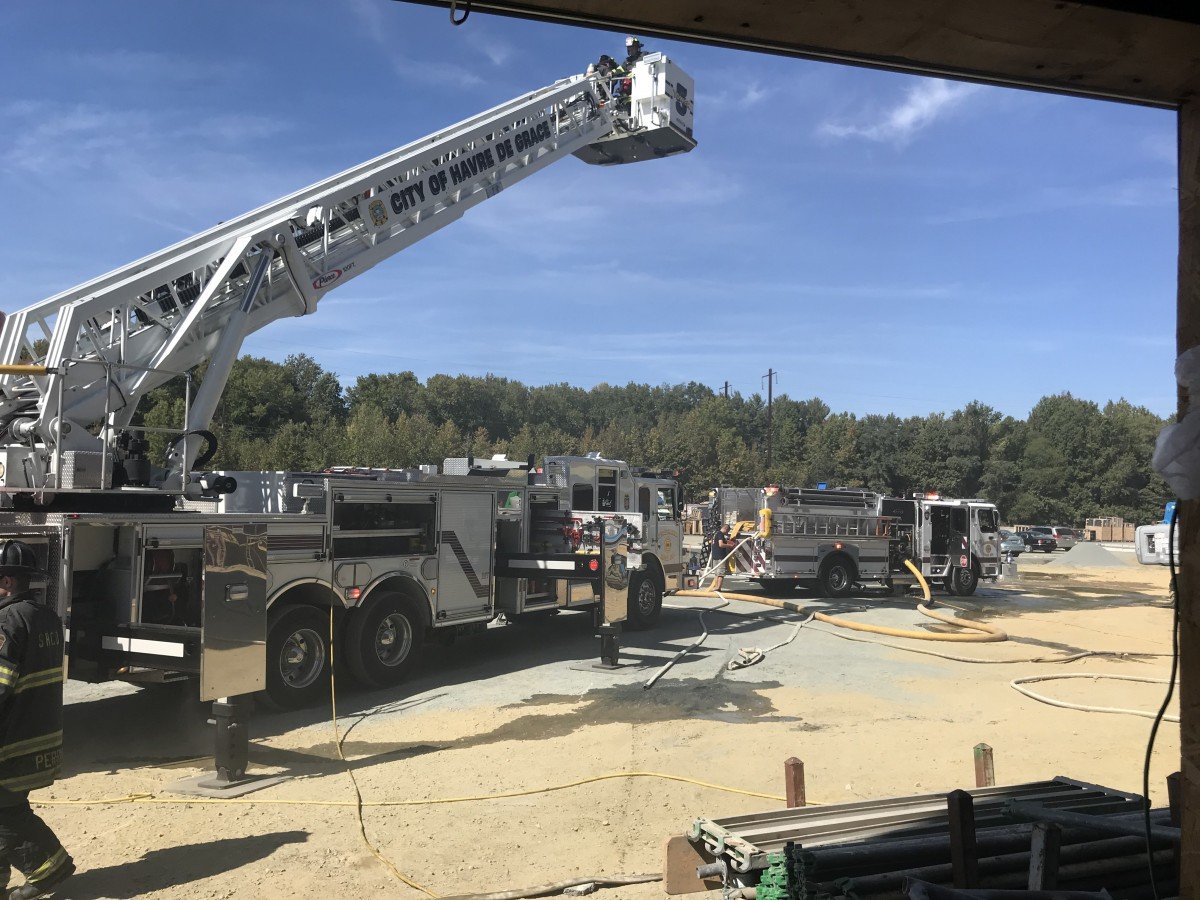 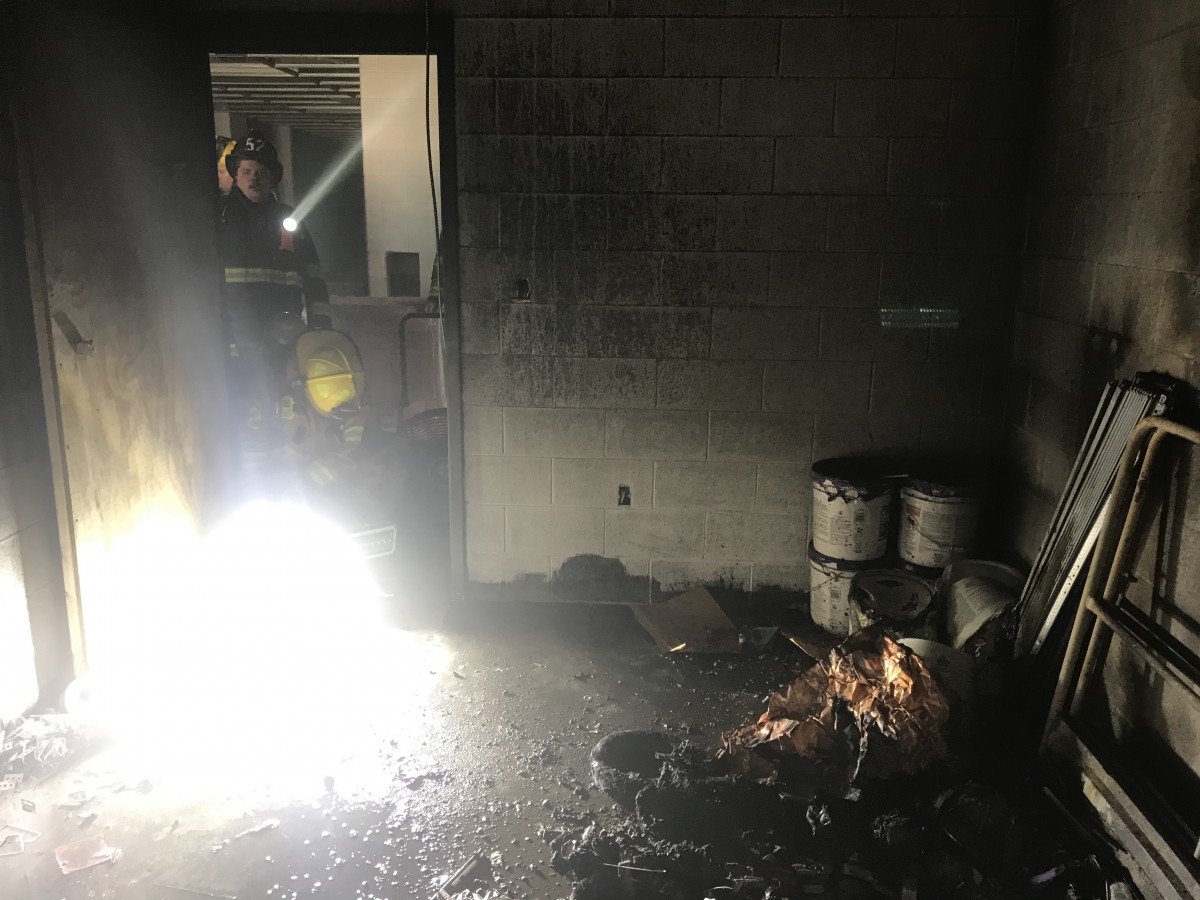